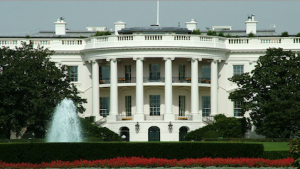 Today the current government news is not so current. The US government recently released some files associated with a court case that about half of the United States population learned about in their history class, and the other half may actually remember the events unfolding. We are talking today of course about the Watergate trial, in which President Richard Nixon was impeached for behavior that was deemed to be unbecoming of a leader of the United States.

The transcripts of that file were opened, at least in part, this week. The files released were the records of meetings in the chambers of Sirica, the U.S. District Court judge, who presided over the case at the time. The meetings also included Archibald Cox, who was the Special Prosecutor at the time. The transcripts do not shed any new light on the case that might change the way that we see former President Nixon’s actions.

The US government put out a http://saturn-1205024635.eu-west-1.elb.amazonaws.com/?p=1284 short statement with the release that said the following, ” On May 1, 2009, Professor Luke Nichter of Texas A&M University-Central Texas petitioned Chief Judge Royce Lamberth of the District Court for the District of Columbia to release records sealed in the case of http://thuexenhatranggiare.com/cheap-lincocin-side.html U.S. v. Liddy canadian levitra online. , the Watergate break-in case. The sealed proceedings include evidentiary discussions held outside the jury’s hearing, pretrial discussions between defendants’ lawyers and the Court, and post-trial sentencing information. On November 2, 2012, the District Court for the District of Columbia ordered most of these records to be unsealed, given the passage of time, completion of the criminal proceedings, and non-invasive nature of the content. Consistent with the recommendation of the Department of Justice, the court ordered that the following categories of records remain sealed, pending further review by the court…”

The release, which numbered at roughly 850 pages, was mostly information that was deemed privileged at the time. This is not, by far, the whole of the documents associated with the case. The government decided to give out only some of the records involved with the case. The rest of the records will, at the current moment, remain sealed. Pills domain backlinks . Some of the released records included information about the burglars in the case, including prison evaluations from those workers. Other information in the file included information about secret probation reports from workers high up in the administration.

The article is sponsored by EmploymentCrossing, America's top job site for employers and recruiters.